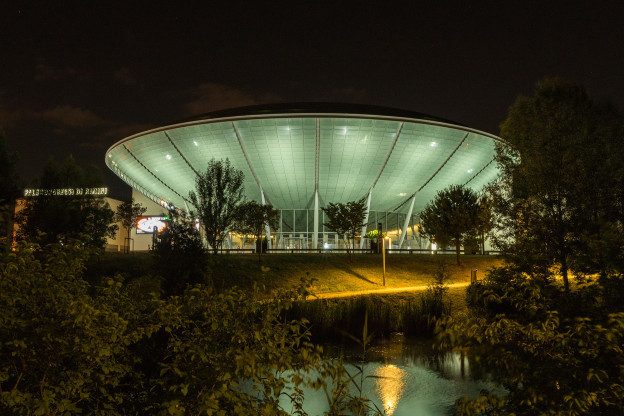 The bid, supported by the university of bologna, aim group international, rimini and the event & conference division of the italian exhibition group, succeeded in bringing one of the most important international robotics congresses to italy.

The European Robotics Forum 2024, one of the most important international robotics congresses, attracting between 800 and 1,000 participants, will take place in Rimini from 13th – 15th March 2024. The bid, supported by the University of Bologna, AIM Group International, the city and the Palacongressi Rimini Conference Center of the Italian Exhibition Group, succeeded in bringing this important annual event to Italy, beating major European competitors.

The decision to select Rimini was recently ratified by the international association euRobotics aisbl. The Association’s objectives are to promote research, development and innovation in the robotics field, to create economic and societal benefits. The Forum brings together engineers and researchers in a highly interactive meeting which promotes open discussion: rather than adopting a rigid congress format with many didactic sessions, it is an engaging forum designed to foster the sharing of experience, knowledge and practice.

In recent years, ERF has been held in Slovenia, the United Kingdom, Finland, Romania, Spain and most recently in the Netherlands., Destinations such as France, Norway and Germany were shortlisted for 2024, with Stuttgart, located at the centre of an important industrial district, a particularly strong candidate.  Bringing the Forum to Rimini was even more challenging given that the event has previously been held in Italy three times (Rovereto 2014, Palermo 2006, Pisa 2002) and never in Germany.

The bid was successful thanks to the excellent teamwork of the various stakeholders supporting the candidacy: the city of Rimini, the PCO AIM Group International and two internationally renowned academics in the robotics field: Prof. Lorenzo Marconi, Department of Electrical Energy and Information Engineering Guglielmo Marconi of the University of Bologna and fellow of the Institute of Electrical and Electronics Engineers (IEEE), and Prof. Bruno Siciliano, Department of Electrical Engineering and Technologies of Information of the University of Naples Federico II, Director of ICAROS Center and Board Member of euRobotics.

The inclusion of leading associative and industrial organisations such as I-RIM, Leonardo Labs, SIRI and ANIPLA within the technical-scientific committee was particularly important.

“ERF is one of the most important events for the international scientific community in the field of robotics and artificial intelligence. The forum differs from other congresses both because of the joint involvement of the academic and industrial communities, and because it is used by the European Union to promote new calls for bids in the field of robotics and artificial intelligence. The support of the University of Bologna, the Emilia-Romagna Region, local institutions, and of many industrial companies in the area were decisive in bringing the event to Italy. As a professor at the Alma Mater University and as a Rimini citizen, I am doubly happy with the result achieved” says prof. Marconi.

The dossier submitted in support of the bid not only outlined the suitability of the destination and infrastructure but also highlighted the important presence of a series of advanced industrial districts (automotive, wellness, food, packaging and big data), strongly related to robotics, within the Emilia-Romagna region. The Forum’s planned scientific program will include a series of technical visits to companies in these supply chains.

The team within the Event & Conference Division of Italian Exhibition Group, which proposes suitable Italian destinations and venues to organizers of large international meetings, in synergy with the City to spread an increasingly competitive offer, has collaborated actively throughout the bid with AIM Group International, which offers extensive experience of international candidacies.

“The synergy between the intense research activity carried out by our staff and the proactivity of AIM Group has already produced excellent results” says Fabio De Santis, director of the Event & Conference division of the Italian Exhibition Group, which manages the IEG offices in Rimini and Vicenza. “Think, for example, also of the IUFoST World Food Congress 2024. Now we are waiting for further feedback from other joint initiatives that are already underway. ERF 2024 is the latest in a program of international events that already includes about fifteen appointments in Rimini between now and 2025”.

“We are really proud of this important result that enriches the pipeline of our Group, already full of international events in the coming years; teamwork is one of the fundamental elements for achieving the success of our proposal” say Claudia Frascari and Marica Motta of AIM Group International.